A review of neuroimaging studies of child maltreatment.

Maltreatment of children is a stressor that can alter brain structure and function and cause the emergence of behavioural issues. The current body of research on how childhood abuse affects behaviour, cognition, and the brain in both adults and children is summarised in this overview. According to neuropsychological research, child maltreatment is linked to deficiencies in intelligence, memory, working memory, attention, response inhibition, and emotion recognition. Studies on structural neuroimaging show that various brain regions, most notably the hippocampus, amygdala, and corpus callosum, as well as the dorsolateral and ventromedial prefrontal cortex, have reduced brain volume, grey matter, and white matter. Studies using diffusion tensor imaging provide evidence of structural interregional connection impairments between these regions, pointing to anomalies in the brain networks. Studies on functional imaging provide proof for this claim by describing unusual.

Physical, sexual, emotional, or neo-natal neglect of children is considered child maltreatment or abuse. Any act, or series of acts, committed by a parent or caregiver that endangers a child or poses a threat of doing so is considered child maltreatment. Overall, research with superior controls that demonstrate a connection between childhood abuse and brain measurements imply that the most obvious abnormalities linked to early childhood abuse are in the structure and function of lateral and ventromedial fronto-limbic brain regions and networks that mediate behavioural and affective control [1]. To fully understand the structural and functional brain squeal associated with early environmental adversity, independent of secondary co-morbid problems, future, large scale multimodal neuroimaging investigations in medication-nave participants are required that control for psychiatric co-morbidities. Neglect, bodily harm, mental harm, and sexual harm are the four main types of child abuse. Neglect is the failure to provide a child's basic requirements, such as housing, safety, supervision, and nutrition. It can also be educational, such as allowing a child to frequently skip school or failing to enrol them in a programme, or emotional, such as failing to notice a child's need for affection or refusing to show it [2].

In addition to behavioural and cognitive issues, childhood abuse causes a cascade of physiological, neurochemical, and hormonal changes that can result in long-lasting abnormalities in brain structure and function. The arrangement of both grey and white matter in the human brain is still changing during childhood as a result of synaptic remodelling, activitydependent myelination, and programmed cell death. Studies on longitudinal structural imaging demonstrate that white matter increases linearly with age, peaking around age 45 [3]. This increase is most prominent between early childhood and adolescence. It is believed that grey matter undergoes significant non-linear alterations with an increase up to age 10. Childhood abuse is a major stressor that results in behavioural and cognitive issues as well as a cascade of other difficulties. It is also possible that the sort of abuse has an impact on a person's capacity for emotion recognition Children who have been neglected or institutionalised may find it harder to distinguish between different emotions [4].

Recent data suggests that gene-environment interactions may have an impact, even though research on childhood maltreatment is best suited to examining the negative impacts of the environment on brain development. Specific genotypes are known to modulate the relationship between childhood abuse and psychopathology, according to studies on the interplay between genes and environment. Numerous research, including a meta-analysis, has demonstrated that people with low MAO-A activity-contributing genotypes are more prone to developing antisocial behaviours and mental illnesses after experiencing early environmental adversity like abuse. Although some studies only found the association in children, polymorphisms for the serotonin transporter gene's promoter region have been found to moderate the association. As a result, childhood maltreatment increased the risk of depression in early adulthood for people with the common allele compared to people with the long allele [5].

In conclusion, there is solid evidence that neuropsychological deficits in academic performance, IQ, memory, emotion processing, working memory, attention, and reaction inhibition are linked to childhood maltreatment. The ventromedial and orbitofrontal-limbic regions and networks of affect control have shown changes in brain structure and function most consistently, but there is also emerging evidence for some deficits in the lateral fronto-striatal and parieto-temporal regions that mediate EFs, such as response inhibition, attention, and working memory. First off, people with childhood trauma have a very high prevalence of psychiatric problems. 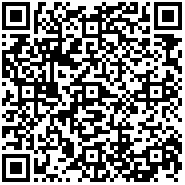