A 55 year male had suffered from progressive swelling over the nasal dorsum over several year duration. The mass was removed by using external rhinoplasty approach pathological diagnosis was of neurofibroma. Here we discuss the clinical and pathological aspect of neurofibroma arising over nasal tip and dorsum of nose.

Neurogenic tumor is defined as any tumor that arises from neural tissue or its coverings. Schwannomas and neurofibromas are the two most common types of neurogenic tumors. We report the neurofibroma of the nose, which was excised via an open rhinoplasty approach.

55-year-old male patient presented with a slowly and progressively growing mass involving the tip and dorsum of the nose of several years duration (Figure 1). It was painless, was not associated with nasal obstruction, and did not respond to antibiotic treatment. The patient had no other similar masses in the body. There was no history of trauma or previous surgical manipulation in this area. Past medical history and family history were negative for any similar conditions. On physical examination, there was approximate a 5 cm × 3 cm soft tissue mass involving the tip, supratip and dorsum region of the nose. 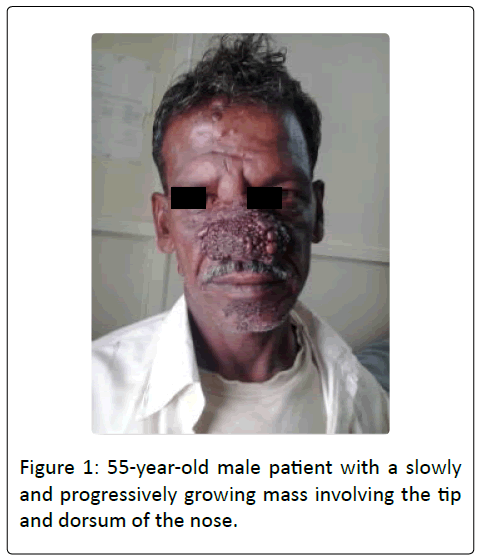 Figure 1: 55-year-old male patient with a slowly and progressively growing mass involving the tip and dorsum of the nose.

It was diffuse, non-tender, with no overlying skin changes. Anterior rhinoscopy revealed partial narrowing of the left nares anteriorly. Flexible fiberoptic rhinoscopy and laryngoscopy were otherwise unremarkable. No café-au-lait spots but other few small skin lesions were present over face but no other body lesion. Dif?fuse mass present at the nasal tip. The mass was biopsied. Pathology was consistent with a benign neurogenic lesion, suspicious of either a neuroma or a neurofibroma. Complete excision of the mass was then performed via an open rhinoplasty approach. Final pathology revealed a neurofibroma, characterized by a moderately cellular, haphazard proliferation of schwann cells in a fibrous stroma which splayed peripheral nerve bundles and infiltrated adipose tissue and skeletal muscle (Figure 2). 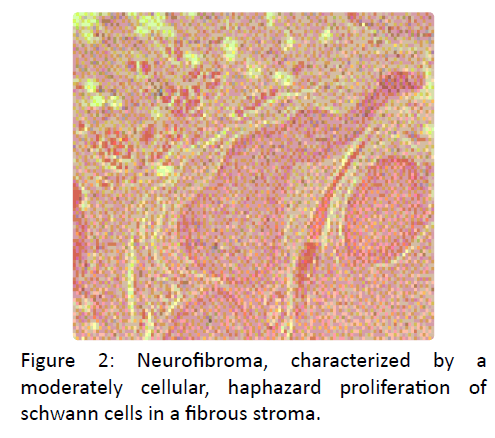 Figure 2: Neurofibroma, characterized by a moderately cellular, haphazard proliferation of schwann cells in a fibrous stroma.

Nerve sheath tumors were first established as a pathologic entity by Verocay in 19081 They affect males and females equally, between 30 and 60 years of age [1,2]. Ninety percent of these tumors are benign, around two-thirds being schwannomas and onethird neurofibromas [3]. In the past, these two terms were used interchangeably [4,5]. However, it was later found that the two entities have slightly different origins. Schwannomas originate from the schwann cells of the peripheral nervous system, whereas neurofibromas are more heterogeneous and arise by a combined proliferation of several elements of a peripheral nerve, including axons, schwann cells, fibroblasts, perineural cells and endoneurium [6,7]. The association of the latter with neurofibromatosis (Von Recklinghausen's disease) is well known. Our patient had no lesions suggestive of neurofibromatosis. Traumatic neuroma is another entity to be considered in the differential diagnosis; histological examination of the entire lesion is helpful in ruling out this possibility, in addition to a negative history of trauma [8].

DasGupta et al. stated that benign solitary tumors arising in peripheral nerves can develop in every possible anatomic location [5]. Around one-third develop in the head and neck area [9]. However, their occurrence in the nose is exceedingly rare [10]. Since the first report of a midline nasal schwannoma by New and Devine in 1947 [4], only seven cases of solitary nasal dorsum or tip schwannomas have been reported in the English literature (Table 1). Few reports also described a neurofibroma of the inferior turbinate [11], and a schwannoma of the nasal septum [12,13] and of the nasoethmoid region [14].

N/A: information not available.
NOS (not otherwise specified): in these articles, schwannoma and neurofibroma were considered the same clinical entity, and the terms were used interchangeably.

A high index of suspicion is needed to diagnose these rare tumors. Their most common clinical presentation is a painless mass [5] and they are rarely associated with neurological symptoms. In fact, the diagnosis is most often unexpected and reached retrospectively following review of the postoperative pathology specimen.

A definitive diagnosis requires histological examination. An important distinguishing feature is the fact that schwannomas are truly encapsulated [15]; they push the nerve aside rather than entrap it as neurofibromas do. In particular, the plexiform variant of neurofibroma is more infiltrative than the regular neurofibromas, and thus, has less well-defined borders [16]. Furthermore, schwannomas consist almost exclusively of schwann cells, while plexiform neurofibromas have a mixture of cell types [17]. They are composed of a diffuse proliferation of long slender cells, with their elongated nuclei arranged in palisades and interspersed with several mast cells [4,5]. The proliferations occur inside the nerve sheaths. Apart from differences in histological appearance, schwannomas show intense immunostaining for S-100, a neural crest marker antigen, while neurofibromas stain less intensely [17]. Table 2 lists some parameters that may help differentiate the two tumors.

The most critical step in the evaluation of a nasal midline mass is ruling out any intracranial involvement. Once this is accomplished, all nasal masses may be removed by local excision [18]. It is usually very difficult to identify the nerves of origin of nasal neurogenic tumors because they usually arise from microscopic branches [17]. Since schwannomas arise from the edge of a nerve and are truly encapsulated, those lesions arising from larger nerves can often be enucleated from the nerve trunk sparing its resection [5]. In our case, the delicate location of the lesion and its progressive growth presented a challenge as to the best surgical approach for its resection. Several approaches for removal of nasal tip lesions have been described [19]. This was crucial in order to maintain a proper function and aesthetic appearance of the nose. Hence, we thought that the external rhinoplasty approach would meet all these goals. It proved to be safe and effective for complete tumor excision. It also provided a direct access for any possible reconstructive procedures that may be needed.

This is a case of solitary plexiform neurofibroma of the nasal dorsum reported in literature. This entity may be considered in the differential diagnosis of swelling over nose like rhinophymoma.