A Personal Account of Severe Dysphagia After a Brainstem Stroke

Dysphagia has a significant impact on people, and living with dysphagia is a complex oddity that touches on essential daily difficulties. When compared to dysphagia caused by a hemisphere stroke, dysphagia caused by a brainstem stroke is frequently more significant and the chances of full recovery are more remote. The goal of this study was to see how two persons who had a brainstem stroke dealt with serious dysphagia during their continuous neurorehabilitation and how they recovered one month after being released. Strategies: To analyse the direct viewpoint on significant eating disorders, an exploratory review was conducted. During two semi-organized face-to-face encounters, a subjective contextual analysis was chosen to obtain information. The screening and management of information were shaped by phenomenological perspectives.

The two participants in this study represented strangeness and an abnormal sensation and feeling in the mouth and throat, which might occur with or without the presence of objects or food in the mouth.

Following the analysis of the precise data, the following basic topics in relation to encounters of:

1. feasting with others 2. recovery and relapse linked to gulping eating-drinking. End result: Participants reported changes in their mouth and throat vibrations, which influenced their oral admission and social support throughout dinners. It is critical to have great assistance in watching and correcting their concerns about gulping, eating, and drinking during daily activities. The knowledge and talents of experts in the field of dysphagia are crucial for recovery success in regional settings. 3. It is necessary to determine the incidence of MSS in older persons living in CCRCs, as well as the lack of information and capacities. A brainstem stroke is diagnosed in about 15% of patients in neurorehabilitation (BSS). The brainstem contains the gulping community, also known as the "focal example generator for gulping" (CPG). Focuses on reporting a frequency of dysphagia in 70-81 percent of BSS patients admitted to an intensive stroke unit. Teasell et al. reported a frequency of dysphagia in 47 percent of BSS patients admitted to neurorehabilitation, and noted that individuals with BSS experienced a range of impaired utilitarian capacities as a result of stroke, including hemiparesis, dysarthria and dysphagia, diplopia, and ataxia . Despite the fact that the incidence of dysphagia appears to be rather high among patients with BSS, and they frequently require enteral cylinder care during the intensive time of recovery.

The two members with brainstem localised necrosis and severe dysphagia transmitted altered mouth and throat development and impressions, affecting both oral food and drink admittance and social investment in dinners. During their prolonged emergency clinic stay, the two of them received excellent assistance with the management and variety of their difficulties related to gulping, eating, and drinking in day-to-day activities. Their recovery processes were shown in an unexpected way after their discharge. The contacts described in the two case reports could indicate a lack of expert knowledge and skills in areas such as dysphagia, which could be critical for recovery progress in some areas of the district. There is a need for more information and talents to be explained. 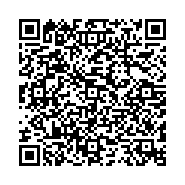