A novel biosensor for pathogens diagnosis.

In medicine, food safety, public health and safety, pathogenic bacteria are necessary objectives for detection and identification. In low-income nations, for example Africa, where medical services and methods of diagnosis and care are inadequate, these forms of infectious are particularly troublesome. Additionally, in higher income nations, including the United States, where food-borne bacteria cause approx. 76 million illnesses, 300,000 hospitalizations and 5,000 deaths annually, Food-borne pathogens often pose a significant health risk. The causal agents of bacterial food and waterborne disease are Escherichia coli O157:H7, Salmonellae, Campylobacter jejuni and Listeria monocytogenes. The bacterial infections are frequently misdiagnosed or an unnecessary delay in diagnosis is despite antibiotic available. Current bacterial detection methods are based on laboratory techniques, such as cell cultivation, microscopic examination and biochemical research. The disadvantages of these techniques are wasting time, expensive equipment’s, and qualified employers. The PCR technique, which is extremely sensitive, allows bacteria to be identified on the basis of its genetic material and requires no bacterial cultivation. However, the PCRs need preselected genetic samples, false pairing can lead to false positives, and genetically modified strains may escape beside the long duration of the experiment. Portable stand-alone biosensors at the treatment point may allow fast detection and diagnosis. Furthermore, in developing countries, quick diagnosis of COVID-19 disease is difficult because of multiple clinical presentations and inadequate resources for health care. In particular, biosensors are helpful in the diagnosis of critical disease such as meningitis or prevent spreading of further diseases.

The first biosensor analysis device in 1956 was developed to calculate the blood oxygen level using an electron. Scientists from various fields such as physics, chemistry and materiel science then they develop advanced, effective and mature biosensing tools for medical applications.

Patient diagnosis and monitoring "lab-on-a-chip" method provides a faster and more efficient diagnostic procedure which prevents complete infection and mortality and lowers disease propagation as well. Biosensors involve basically of a biorecognition component that is linked to some form of transducer that makes a measurable or detectable reading of specific analysis binding to bioreceptor systems. In diverse ways, biosensors may be classified by either a signal transduction system (i.e. optical, mechanical or electrical) or a bioreceptor type (i.e. catalytic) [1]. There are several examples for catalytic bioreceptor types such as enzyme, and antibody, aptamer, lectin, bacteriophages-dependent affinity. In general, micro-organism sensors based upon their enhanced selectivity and specificity are favored over enzyme biosensors for detection, as they lack additional reagents (Figure 1).

For amperometric and optical procedures, the most widely used in the last 30 years, the biosensor area is expanding rapidly whereas modern procedures such as fiber optics are widely increased [2]. Furthermore, for diverse analytes, biosensors have been established for individual ions and little molecules to nuclear acids, proteins to whole bacteria and viruses (Figure 2).

Figure 2. Biosensors for the field in general compared with the specific detection of whole bacteria.

Pathogenic microorganisms are contributory agents of various infectious diseases that are becoming increasingly grim worldwide. For the successful treatment of pathogenic infection, the rapid and precise detection of multiple pathogenic microorganisms is of great importance in all areas related to health and safety. Among an assortment of sensor systems, optical biosensors allow easy-to-use, rapid, transferable, multiplexed, and cost-effective diagnosis. In progress trend and advances in pathogen-diagnostic optical biosensors.

The technical and procedural approaches fundamental diverse optical-sensing platforms and methods for detecting pathogenic microorganisms, together with the strengths and drawbacks of each technique. In upward efficient optical biosensor systems and future perspectives are discussed about antibodies linked via biotin/avidin to optical fibers. Additionally, nanomaterials have specific physical and chemical characteristics, which are different from bulk materials of the same composition (ultra- small scale, wide area-to-masse ratio, strong reactivity) that help them resolve some of the restrictions of the conventional therapeutic and diagnostic agents [3]. In the case of synthesized hafnium oxide core-shell nanoparticles, increased plasmon absorbent bonds have been demonstrated, while in nanoparticle-induced magnetic hypothermic treatments, magnetic and gold nanoparticles have been shown to be successful, causing cancerous cells to experience apoptosis as an immediate reaction to applied heat. Other literatures showed the detection of Escherichia coli by using biosensor made of bio-conjugated magnetic beads for capture, fluorescent polymeric micelles for reporting, and other biosensor made of antibody-functionalized nanostructured oxidized Permeable Silicon (PSiO2). However, Shewanella oneidensis can be detected by silver nanoparticles sandwiched by analyte binding on optical fiber tip. Nanoparticles are greatly resourced for detecting and distinguishing pathogens in native biological samples due to their size and properties. For the identification of bacteria, magnetic nanoparticles are used to further research using magnetic resonance imaging [4].

The interaction of nanoparticles and bacteria receptors

Examined the interaction of gold nanoparticles with cysteine for the recognition of E. coli. The electrostatic attraction between the positively charged cysteine and the negatively charged lipopolysaccharides on the E. coli outer membrane showed the binding affinity of E. coli 0157:H7 to H2 receptors on the surface of cysteine-modified -gold nanoparticles and stabilization. The interconnection of cysteine-capped AuNPs took place in the existence of a defined number of bacteria with a clear red-to-blue shift of sample color and a highly sensitive bacterial detection of naked eyes. Using cysteine- capped gold nanoparticles for potential clinical use, the urine samples (3 to 104 cells/mL) were concentrated.

The body primarily releases IgM in response to an infection. This is then superseded by IgG-type antibodies that can be distinguished in blood within days after the clean-up of the infections. As an indicator for exposure to SARS-CoV-2, IgM and IgG in blood and serum may also be used. This is the very theory behind lateral flow experiments, such as those developed by Abbott. Biosensor cartridges can be produced and upscaled in a plug and play format for these serological steps, where suitable receptors are available. Given the high sensitivity of EWA and LSPR technologies, these sensors should be able to diagnose low immunoglobin concentrations, reducing false negatives and early detection opportunities [6]. Another alternative method is to detect the virus itself in swab samples in at least 100 units/ml of a LoD in an hour by the antibodies for the specific S1 subunit of the S protein.

Mechanical biosensors bestow numerous advantages for use at the point of care; they can offer high sensitivity and quick processing times without the need for sample processing or extra reagents. The two major categories of mechanical biosensors are based on Quartz Crystal Microbalance (QCM) or cantilever technology [7]. QCM sensors are label-free piezoelectric biosensors which perceive the resonance

The expansion of sandwich-type assays which employ nanoparticles for signal amplification has allowed for the detection of very a small number of bacterial cells, down to 10 CFU/ml in some cases.

Cantilever sensors characteristically comprise a bioreceptor- functionalized microcantilever which oscillates at a particular resonant frequency. The booming frequency of the cantilever changes due to induced mechanical bending upon an amplify in mass on the sensor surface. The newly developed Piezoelectric-Excited Millimeter-size Cantilevers (PEMC) using antibodies as bioreceptors have been talented to detect as few as one E. coli cell in buffer and one hundred Listeria monocytogenes cells in milk. A chief disadvantage of cantilever-based systems is that they are often limited by the need to operate in air as divergent to in physiological media, and there is a dearth of reports in which cantilever-based sensors have been tested in pertinent matrices such as food or patient samples [8].

Potentiometric biosensing uses ion-selective electrodes to determine the potential of a solution based on precise relations with ions in the solution. This technique measures the change in potential that occurs upon analyte detection at the working electrode [10]. Although potentiometry is extensively used in the biosensor field, examples of potentiometric biosensors for the finding of whole bacterial cells (Figure 5).

The introduction of enzyme-based amperometric sensing of glucose 40 years ago, this technique has been applied frequently to a wide range of analytes, including whole bacteria [11]. Amperometric biosensors are based on straight measurement of the current generated by the oxidation or reduction of species fashioned in response to analyte- bioreceptor interaction. The bioreceptor component is usually an enzyme such as glucose oxidase, which is used in all medical glucose (Figure 6) [12].

Impedimetric biosensors are a very talented choice for the detection of whole bacteria, being label free, less costly than supplementary systems, highly sensitive, and not affected by the presence of additional analytes or colored compounds in the sample matrix. Importantly, impedimetric systems are easy to miniaturize, which facilitates their translation to point-of- care systems (Figure 7) [13].

The above discussed biosensors, based on direct detection and indirect methods, such as on the side flow immunoassays and protein chips, have been reviewed in food pathogens detection. The assay recital, including detection limit and assay time, were also compared. The problem of the portability of the instrumentation has been approached with the expansion of cheaper, small-sized scanners and with software for the analysis of video images using mobile devices. Each biosensor method has its own advantages and disadvantages in terms of the equipment required, sensitivity, simplicity and cost- effectiveness. Lab-On-a-Chip (LOC) strategy has a strong potential to be used in the field, since they can be miniaturized and automated; also being potentially fast and extremely sensitive. There are still more than a few issues to be solved before in-field applications, including the pre-treatment of a sample, such as the enrichment of bacteria in culture broth, the proper storage of reagents, the full integration into a battery- powered system, the detection limit and the enhancement of the sensitivity of each method. 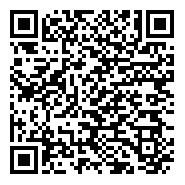