In this paper deals with the new record of Duttaphrynus melanostictus, the Common Indian Toad, from valparai, Tamilnadu with its distribution, Behavior, food & feeding, conservation status and threats.

According to the Global Amphibian Assessment (GAA) almost one –third of the worlds 6,638 known amphibian species are listed as threatened or extinct. These declines are attributed to two major factors habitat loss and fungal disease with possible contributions from introduced species, climate change and pollution. Native to Asia, the Asian common toad Duttaphrynus melanostictus has a widespread distribution throughout the South East Asia region, from Pakistan through to southern China and south into Indonesia [1]. While many Asian amphibians have suffered declines linked to widespread deforestation across this region [2]. D. melanostictus has thrived, and is often found associated with human settlements and disturbed agricultural landscapes [3].

The Indian Toad species recorded from Near UPASI tea research institute at Valparai (Figure 1). Valparai is a Taluk and hill station in the Coimbatore district of Tamil Nadu, India. It consists of Anamalai Tiger Reserve and prior to that as Anaimalai Wildlife Sanctuary). It is located 7,502 feet (2,287m) above sea level on the Anaimalai Hills range of the Western Ghats. Asian common toads live an average of 4 years in the wild and up to 10 years in captivity. ("Pest Risk Assessment: Asian spined toad (Bufo melanostictus)", [16-18].

Asian common toads are insectivorous although these toads are also know to be an opportunist and will feed on a variety of arthropods and even mollusks. An analysis of the stomach contents of multiple specimens of Asian common toads yielded arthropod orders such as earwigs, grasshoppers, crickets, weta, and locusts, true bugs, moths and butterflies, beetles, typical bugs, sawflies, wasps, bees and ants, termites, cockroaches, and mantids, true flies, centipedes, and millipedes. Though these toads are opportunistic feeders the insects that showed the greatest abundance in the stomach were sawflies, wasps, bees and ants, beetles and termites. This toad is feeds on insects that are known pests to human such mosquitoes and various crop pests.

Asian common toads are listed on the International Union for Conservation of Nature (IUCN) Red list as “Least Concern”. In the regions of the world that these toads have become naturalized, populations are on the rise. These toads are becoming increasingly common, although pesticide run off can become a detriment to them if it is not monitored. Study showed that exposure to small levels of an insecticide called diaznon resulted in almost 100% death of Asian common toads [21]. This chemical is highly regulated by the United States and European Union, yet it is still used widely throughout the developing counties of Asia [22,23].

Study showed that exposure to small levels of an insecticide called diaznon resulted in almost 100% death of Asian common toads. This chemical is highly regulated by the United States and European Union, yet it is still used widely throughout the developing counties of Asia. 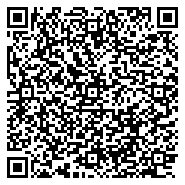