Clinical and transfusion medicine, forensics research, as well as transfusion medicine rely on the ABO as the most comprehensive and clinically essential blood group system. In fact, over 300 different ABO alleles have already been found, according to the International Society of Blood Transfusion (ISBT). In the population throughout the world, ABO weak phenotypes can be determined by the pattern of A or B antigens appearing on the membrane surface of red blood cells in a multitude of populations However, the ABO weak phenotypes are infrequent in the Chinese population, with a prevalence rate of roughly 0.015 % [1-4]. The ABO cDNA cloning molecular genetics basis dates back to 1990, it was the first instance when Yamamoto performed it [5]. Although numerous ABO polymorphisms produced by variations in the gene's coding domain have been found, however, the molecular mechanisms behind some of these variants are still unknown, necessitating more research. This article presents the alleles of Chinese populations and compare them to the Japanese and Korean populations.

According to the present study, we investigated 200 samples of the Chinese population from Yunnan province of China. The most common methods widely used for ABO blood group genotyping in forensic case work, PCR-RFLP and PCR-SSP analysis were used to examine nucleotide at 11 positions i.e., nt 261, 297, 467, 526, 646, 681, 703, 796, 802, 803 and 1060 [6-8]. We compare our findings in this study with Japanese and Korean populations [9-11]. The ABO alleles distribution data for Japanese and Korean populations were taken from the available literature. Google Scholar, PubMed, Scihub were searched for the retrieval of literature. A direct PCR sequencing approach was used for the confirmation of the rare ABO alleles sequence. Primers of different lengths previously used; GA19, GA20, and GA22 were applied the sequence analysis stretched between nt804 and nt1106. The detail of primers is given in (Table 1).

In our study, we found that *A1(Pro) (=*A101), *A2(Leu) (=*A201), *B (=*B101), *O(T) (=*O01), *O(A) (=*O02), and *O2 (=*O03), *A1(Leu) (=*A102) alleles are commonly available in Asian population. We also find three rare alleles, which we compared in these populations which showed varied frequencies. On the basis of these ABO rare alleles, we concluded that the Chinese and Japanese population are similarities in their genetic makeup of the ABO gene as compare to the Korean population which showed slightly different allele frequency. 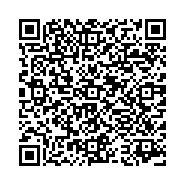