A 52-year-old hypothyroid presented with episodes of seizures in last ten days with altered behavior. CT scan of brain showed cerebral atrophy and MRI of brain revealed non-specific changes. In EEG, there was slow wave pattern. CSF study showed increased cell count with all lymphocytes and raised protein with normal glucose. Anti- TPO Antibody was positive. All relevant investigations like HIV, HBsAg, Anti- HCV Ab, ANA (Hep2 method), ANA profile, P-ANCA, c-ANCA, VGKC (voltage gated potassium channel) Ab, NMDA Receptor/Anti- Glutamate Antibody) Ab, VDRL were negative. She was given pulse doses of methylprednisolone followed by maintenance prednisolone. Then her GCS improved followed by sudden deterioration. Repeat CSF showed marginal decrement of protein and cell count. Then she was given IV Immunoglobulin and patient improved. At discharge her CSF study normalized. Anti-TPO Ab titre came to normal level and EEG normalized. Hashimoto’s encephalopathy(HE) should be suspected in a case of sub-acute encephalopathy with high levels of anti-thyroid antibodies may be with normal thyroid functions. Here the patient did not have improvement on steroids. The patient needed immunoglobulin to improve.

Hashimoto’s encephalopathy (HE) is a relapsing neuroendocrinal disorder presenting with various psychiatric and neurological problems. It is seen to be associated with Hashimoto’s Thyroiditis and high titres of Anti-Thyroid Ab. It is one of the rare clinical entities in India as well as the world also.

The present case report is about a 52-year-old hypothyroid female who was brought by family members with history of recurrent episodes of seizures in last ten days with progressively increasing altered behavior for same duration. There is history of recent, remote memory loss associated inability to carry out activities of daily living. Amongst medical co-morbidities she is hypothyroid (on regular thyroxin replacement 75 mcg/day). Upon neurological examination GCS was 10, no meningeal signs, no cranial nerve palsy, power 3/5 in all four limbs with normal tone. Pupils are bilaterally symmetrical and normally reacting to light, plantar bilateral flexor, deep tendon reflexes are normal. No sensory loss, no meningeal or cerebellar signs, no cranial nerve palsies. Fundus was normal. At admission, complete hemogram, fasting blood sugar, electrolytes, kidney function tests and liver function tests were normal. CSF study at admission had 62 cells with all lymphocytes, protein of 151 mg/dl with sugar of 76 mg/dl. HIV, HBsAg, Anti- HCV- nonreactive. ANA (Hep2 method)- negative, ANA profile- negative. CSF and serum VDRL were negative. Thyroid profile revealed euthyroid state. Anti- Thyroid peroxidase (TPO) Antibody- 431.8; (normal<35). Anti-TG antibody- negative. Anti-NAE autoantibodies were positive. VGKC Ab, NMDA receptor Ab were negative. CT scan of brain showed cerebral atrophy and MRI of brain revealed non-specific changes. EEG was having slow wave pattern. She got antibiotics as per nosocomial infections’ antibiogram. But GCS did not improve and repeat cultures showed no growth. A diagnosis of HE was made, and she was given pulse doses of injection methylprednisolone (1 g/ day × 5 days) for followed by maintenance prednisolone at 1 mg/ kg/day. After pulse steroid therapy, her GCS did not improve. Repeat CSF study showed 51 cells with all lymphocytes and protein of 133 mg/dl and sugar of 50 mg/dl. Then she was treated with IV Immunoglobulin 20 g/day × 5 days and patient improved to GCS of 15. After 44 days of hospital admission she was discharged with a CSF of two cells with protein of 82 mg/ dl. She was discharged with prednisolone. She was followed up to next 6 months where she improved neurologically. Subsequently Ant-TPO Ab titre and EEG normalized. Now she is on tapering dose of steroids.

Hashimoto’s encephalopathy(HE) was first described by Brain et al in 1966 [1]. It is described as sub-acute encephalopathy associated with high levels of anti-thyroid antibodies despite euthyroid state and in the absence of other brain diseases. The condition is also known as “steroid responsive encephalopathy associated with autoimmune thyroiditis” (SREAT). Patient with HE, which is typically characterized by seizures (47%), confusion (46%), memory disturbances (43%), disordered speech (37%), gait disturbance (27%), delusions (25%), myoclonic jerks (22%), and depression (12%) [2]. He has been described as having two different types of clinical presentation: An acute stroke like (vasculitic type) episode and a gradual cognitive impairment [3]. Usual age of onset for HE is 47 years (range 14 to 78 years) and majority of them are female. Though CSF may be found to be normal in 35% of cases. 13% of healthy individuals have anti-thyroid antibodies; isolated anti-thyroid antibodies have been associated in 34% of individuals having HE [2]. Anti NAE antibody is positive in 44% of patients of HE [4]. In our case isolated elevated anti-thyroid antibody level and ant-NAE antibody positivity without apparent brain pathology establishes the diagnosis of HE. In HE the first-line therapy should include corticosteroids, intravenous immunoglobulins, or plasmapheresis. Usually patients of HE responds with pulse doses of steroid, but our patient showed no improvement after steroid therapy. Subsequently he was treated with IV immunoglobulin which resulted in complete recovery.

This case suggests that HE should be kept in mind with any form encephalopathy where infectious and other auto-immune aetiologies have been ruled out, especially when anti-thyroid and anti-NAE antibodies are positive (Tables 1 and 2). In the treatment of HE in rare case may not respond to steroids and IV immunoglobulin may be needed for sustained neurological improvement (Tables 1 and 2) [5-9].

None funded this Article. Patient was investigated and management in a government hospital and she did not have to bear the cost. We thank Dr. Moumita Ghosh for assistance with lumbar puncture which was done repeatedly. We would also like to show our gratitude to the Dr. Bibhuti Saha, Dr. Arindam Naskar for sharing their pearls of wisdom with us during this case management.

We adhere to the ethics in publication as per guidelines of COPE. 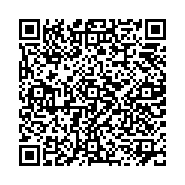